In this post we take a look inside Deftly's branding efforts, challenges, and how we worked as a team to overcome them. 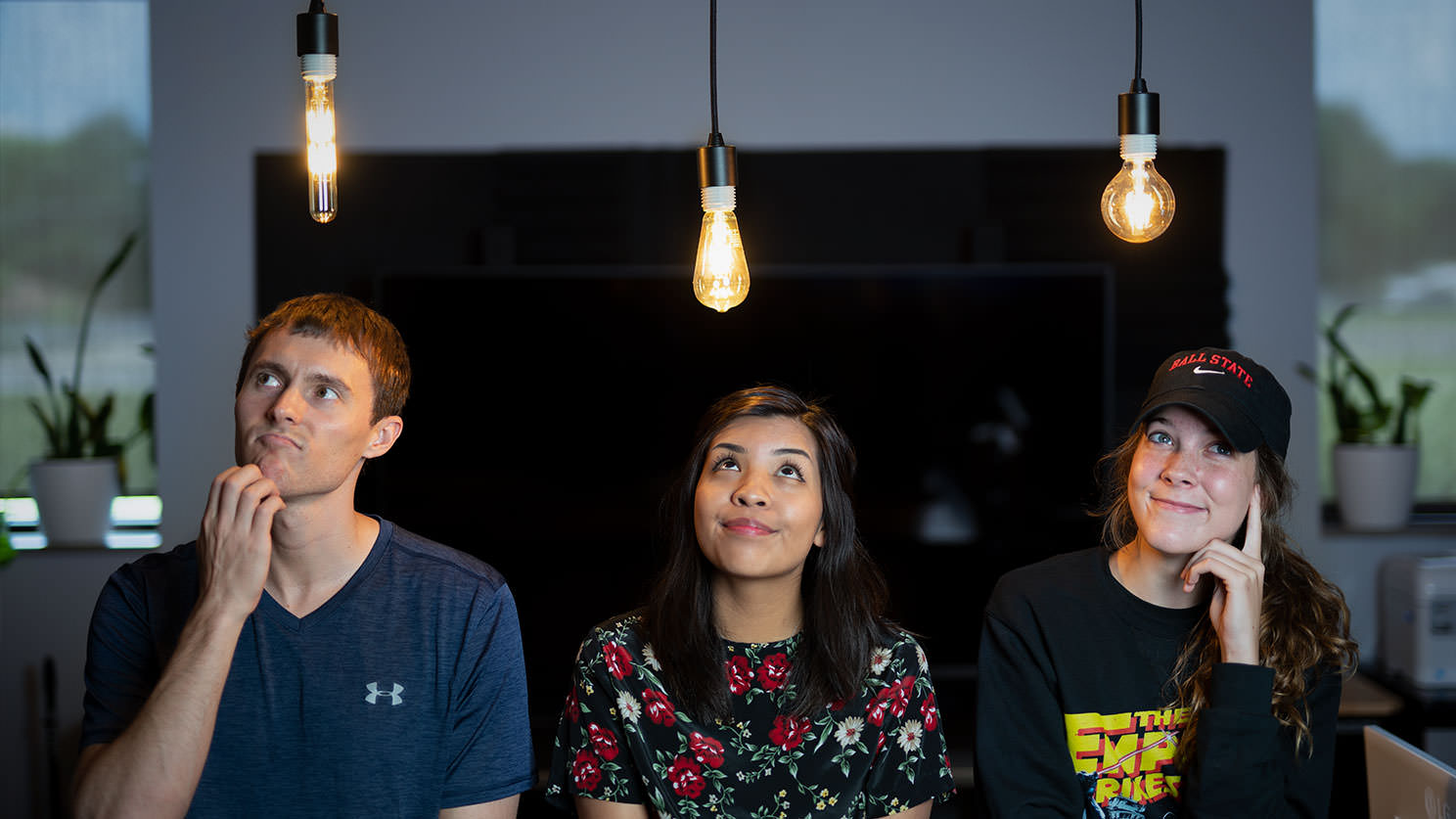 To start out the first post, I’ll give a little intro as to who I am. My name’s Michaela, and I’m a second year graduate student at Ball State University in the Emerging Media Design & Development program. I love to capture life through my cameras, strive to make people laugh, and love spending time outdoors on my kayak. (If you would like to know more about me or my cool teammates, you can visit the about us section in our website!)

As of late, my teammates and I have been receiving a load of questions in regards to our branding. But what is branding, anyway? Well, here’s a little history lesson for you!

The term “branding” can be described as a name, term, design, or another feature that is used to make a company or business stand out from the rest. The term was first derived from the Old Norse word brandr or “to burn,” and refers to the practice of branding livestock, which dates back more than 4,000 years to the Indus Valley. Of course, the term branding has evolved over the centuries—from farmers claiming their property, to artisans claiming credit for their work, to factories claiming their products, to companies claiming their products were better than others.

So, now you’re probably wondering where our branding comes from! Like many businesses, Deftly Creative has come a long way from where it is today. To begin this journey, we start with our first member, Darik Hall. “I’ve wanted to start my own business since I was very young,” Darik explained to me. However, he mentioned that Deftly wasn’t “Deftly” until recently. Before Deftly came about, it was originally called Hyper Media! “Hyper didn’t ‘not work’, but it didn’t say much to me. It felt generic.”, Darik explained to me. He stated that the most recent name change hadn’t happened until Erika Espinoza joined the team. “We were looking for something with intrinsic meaning, rather than something we thought others would perceive a certain way,” said Darik. “In our searches, I stumbled across this term [Defty] in the urban dictionary, and it just seemed to fit our personalities so well!”

What does it all Mean?

But what exactly does the word “Defty” mean? According to Urban Dictionary, a Defty “is a person who is the absolute in amazing. Defty means you are a person with outstanding humour and intelligence. The most loving and caring person you will ever meet upon this earth.” However, defty wasn’t technically a word. Hence, Darik looked for a similar word. He landed on Deftly, which when paired with the word “creative”, as most creative companies do, also described the type of creativity clients could expect. From there, Deftly Creative came to life!

Then came the more challenging part - what would the face of Deftly Creative look like? I remember talking to Darik and Erika when I joined about the current state of the design. They were open to new ideas, and a fresh set of eyes to see what they were currently working with.

I dove into researching different concepts and imagery that came to mind when I thought of Deftly. I hoped to find new possibilities by doing a little extra digging around the concepts that surfaced first. I started by looking into the definition of Deftly. The term “Deftly” is an adverb for performing something in a neatly skillful, quick in movement, or in a clever way. next, I researched ideas that paired well with the key terms in Deftly’s definition.

Then, it hit me! Ta dah! The lightbulb moment appeared -- quite literally in this case. When you have a “lightbulb moment”, it’s usually a result of being clever and or creative. Plus, it’s a familiar phrase, which makes it easy to relate to. To me, a lightbulb encompasses the idea that when someone turns them on, they shine bright and are a light to guide others. They are seen as useful, helpful, and are often shown as an intuitive symbol. Light bulbs come in different shapes, sizes, and colors, that could potentially signify the different clientele that I could see the team working with. Those are the reasons why a lightbulb felt like a good fit for Deftly Creative.

It's a Group Effort

Conveying this idea to the group would prove to be challenging as there were some hurdles to overcome. We didn’t want our logo to be too cliche or too generic (like stock art). We realized that a lightbulb was, in fact, a bit overdone. But, we weren’t going to let that stop us!

After a couple days, and serious consideration, we landed on a modern, minimal and industrial design theme, which seemed to fit us perfectly -- even down to the office furniture we had already chosen. Going with an industrial theme made it easy to see the filament of an edison bulb, which industrial structures are often shown with, and mimic a “D” and “C” connected together. There it was. Our first, and new logo!

Once it was done, we all felt like we found something that encompassed all of our personalities. It was perfect. In the end, we’ve been through the process of what it takes to have our lightbulb moment. Now, how about we help you discover yours?